These might be crap photos but I renounce perfectionism and anyway Katy has demanded more photos. (You should try saying ‘NO’ to her..)

The week before last, I felt a real urge to do something different and set about creating another blog “Quick and Healthy Recipes”. 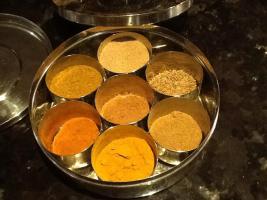 Difficulties with WordPress ate my time on top of which I was still writing and also interviewing friends about some of the key points in my cancer fight. Tears over coffee in Costa put an end to one too-public exploration, but Skype in a dressing gown, with a cup of tea was ok for a few shared tissues, as well as a good laugh.

A theme coming at me from friends was my preserved sense of the ridiculous in the early months after my diagnosis. And whilst lately, I’ve been thinking that I had lost it, sometimes just noticing something is enough.

Just when I thought I’d re-discovered ‘balance’, I worked all hours – being a bit ‘absent’ in the evening and all of the first weekend of half term – not what it’s all about and then, never a patient person – I cut my own fringe to save time..

Mercifully, I followed this with an actual rest – a hotel break courtesy of Mum. It helped me switch from busy-busy-bean-balti-blog to standing back and re-assessing ‘what’s it all about’ once again (why do I have to keep answering this question?!) Mum and I talked in depth over a (single) gin and tonic and exhausted ourselves the next day around Meadowhall (big indoor shopping centre for those not on this sceptred isle) And I came home deciding not to start frantically blogging or writing, but to enjoy the rest of the half-term break – by being ‘present’ – even though Max would most likely spend 80% of his time on Skype with other geeky creatures some way-a-way.

Simon and I put ourselves through a sitting of Robocop just to spend family time together but not being too busy with my own stuff, meant I was also serenaded with song and trumpet as Max prepared for the school round of Young Musician of the year next weekend. We went to the University of Leeds campus where he interviewed students about healthy eating habits (the thought is there even if the vegetables sometimes miss the plate). He was also preparing for a public speaking competition and I was in near heaven when he announced his topic was to explore his decision making vis-a-vis the bike incident and wanted to know what I could tell him about the teenage brain. (see 2 posts back – Luck of the Draw)

Over the week I noticed we had a proper laugh at some things – usually after a mild falling out about something – and usually at myself – trying broccoli soup for one, which if a 15 year old faddy eater determines is “Not bad” and declares “I’d eat it again” – must be ambrosia. Recipe coming soon on the other blog (when I take some photos for Katy.) You can sign up to follow my recipe blog separately-> http://quickandhealthyrecipes.wordpress.com

I realise the writing and subsequent exploration of what I’ve learnt from life, with and after cancer, is somehow putting some bits back in boxes and allowing a more relaxed version of myself to re-emerge. Max didn’t actually think I had a sense of humour when I am in fact, one of the funniest people alive.. 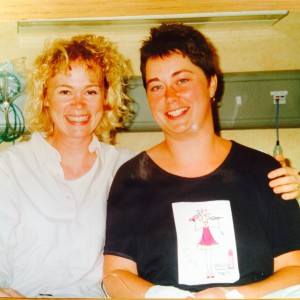 In a winding way, that brings me back to the beginning and perhaps back to myself. When I was first diagnosed with cancer, I was still able to laugh at the ridiculous in everything. One of my Skype chats before half-term was with Sara who, not knowing what she would encounter walking into my chemo-suite, found me somehow managing to laugh enough to ease the moment. If you didn’t know me then – yes – I was fat, someone else had cut my fringe and that nighty says “Bad Hair Day” on it.