What do I Say? 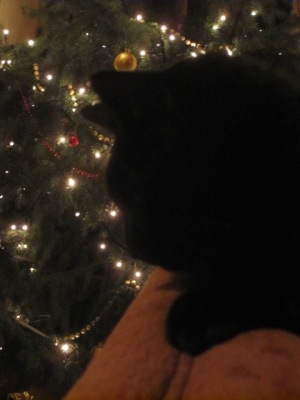 Its been a busy few weeks trying to get our downstairs decorated before Christmas and as ever, the run up to it seems more stressful than exciting.

I always seem to be packing too much in at this time of year and suspect there’s some association with that year when I was literally trying to pack my life into a few months.

It had me thinking of the families I know facing a particularly difficult Christmas this year and wondering how their ‘run-up’ is feeling. What can you say that might touch the gaping hole left by the loss of husband, dad, son, wife, mum or daughter?

I don’t know.  Nor do I know what to say to someone else possibly facing a last or one of their last Christmases or birthdays. I realise some experience doesn’t necessarily equip you to deal with things, or at least, they haven’t me. And in some situations, or with some people you might never have the right thing to say. Everything is always changing, so no one thing ever suffices.

Googling, I came across a vitriolic site entitled something like “The stupid things people say to people with cancer”. I’d heard most of them, but I don’t think I received them in quite the same way as the person letting off steam on the site! True, some people do open their mouths before they think but you probably just hadn’t noticed they do that all the time anyway!

I had some friends who more often than not seemed to know the right thing to say or the right question to ask. I think they were unusually able to tune into where I was at at that particular moment. Able to take a breath and properly look at me or assess the situation. They didn’t start with assumptions about how I was feeling, because they knew they couldn’t even begin to guess.

Automatically asking the obvious “How are you?” was instantly uncomfortable because what I often wanted to say was “How the f*** do you think I am?”

You might think you can’t win but there are more subtle ways of getting to “it”. Not everyone wants to start with the meaty stuff. If they having a good moment they don’t want to get into how horrible things are in general. You moaning about the parking at the supermarket might be just what they want first off.

A better opener might be “What have you been up to?” before offering encouragement or simple listening. Even getting to a conversation about how everyone else is dealing with “it” might be a great ice-breaker.

One friend’s response to my diagnosis sticks in my mind and it is something I find myself drawing on at times because it is at least honest.

He said “I’m sorry, I’m going to be really crap at this because I don’t know what to say”. Sharing a hug after that was easy.

No doubt there are much better ideas out there and I would love to hear what works for you.